Google announced this week its new live TV service; YouTube TV. Christian Oestlian, Google Product Management Director, said that YouTube TV has been “designed for the YouTube generation – those who want to watch what they want, when they want, how they want without commitments.”

There are some significant holes in YouTube TV services which is why I’m happy to be sticking to my traditional cable TV.

For starters, YouTube TV has little over 40 channels, and these do not include popular channels such as Comedy Central and Nickelodeon. Additionally, there’s no Discovery Channel or TNT or Cartoon Network. YouTube TV actually offers significantly less choice than traditional pay TV.

Furthermore, YouTube TV will only be available in markets where its existing cable partners have affiliates. Those living in proximity of major U.S. urban centres will not have access to it.

So YouTube TV has no Viacom, Discovery, AMC or A&E, and no CNN, TBS or TNT. And only available in markets where broadcasters have affiliates

YouTube TV has a monthly fee of $35 a month and offers live television content for more that 40 TV networks. How does this compare to regular cable TV? Cable TV offers over 45 channels for an average of $29.95 a month – offering more for less.

BREAKING: My cable bill is already just $35 for more than 40 channels. https://t.co/QI3TBQHLBR

Something else that YouTube’s new service offers which cable does not is YouTube Red. However, I have never heard of it until today, have you? It’s basically YouTube with no ads, offline access and a couple original shows. The subscription service seems to have had little success; the content is limited and who would pay for what they can already get for free?

YouTube TV is not the future; it’s just another portable Freeview box – similar to Sky Go, which has been around since 2006. To me, YouTube TV just looks like a digital version of a mediocre cable package.

5 Qualities of a Good Radio Presenter 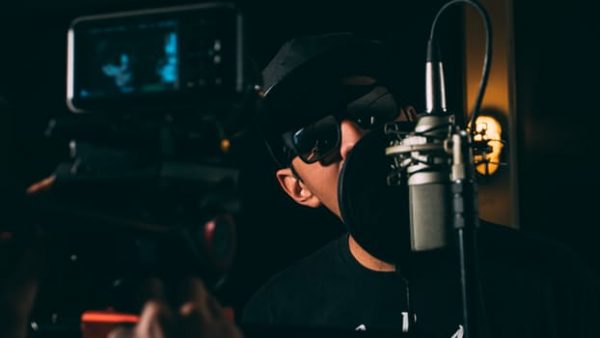 1. Leaves their bad mood behind

The most difficult challenge for a lot of radio presenters is controlling their mood. No matter what is going on outside of work, or if you get an angry caller, always remain enthusiastic, energetic and positive. Enthusiasm is catchy and negativity drags everyone down.

It is important that you understand and relate to your audience so that they can relate to you. As a presenter you need to know and keep yourself informed about the latest news and trends so that your audience can connect with you. 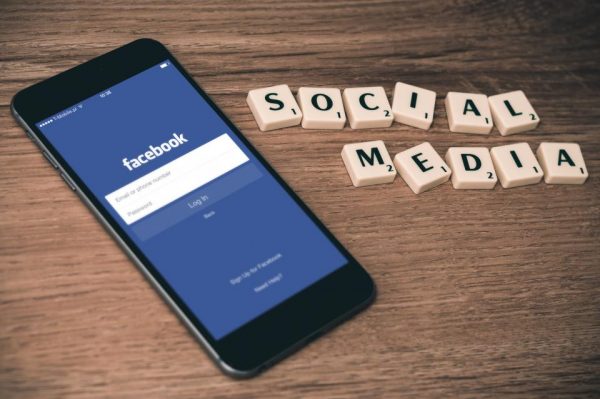 The world is now more connected that ever; your online presence will enable you to talk to your audience so that they can keep up to date with you, no matter if you are on-air or not. Social media also enables your audience to interact and engage with you and share their views to other listeners. Regularly check your social media during your show to give shout-out and share some interesting views.

A way to enhance your online presence is via your station’s website. Here, you could hold competitions and encourage listeners to share their opinions to increase online engagement.

You should always present as if you are talking to a friend. Radio is an intimate medium, try to address your audience as “you” as much as you can rather than “listeners”.  Your listeners are usually multi-tasking and only half-listening – you should never pluralise your audience as this will break the bond between you and your listener.

PayPal have released the results of a survey on digital media consumption in America. It was carried out last year and was released at the beginning of February. The global surveyed covered 10 markets and approximately 10,000 consumers aiming to examine how people consume digital media.

According to the results, 86% of music consumers listen on their smartphone, making it by far the most popular device for music listening. Women’s mobile listening share was a lot larger than men’s with 90% of women preferring mobile versus 48% of men.

Music downloads have also found to be more popular than paid streaming, mostly due to non-millennials. 70% of older listener and 60% of millennials download their music.

This survey, however, only accounts for paid streaming services. Other reports, which do include free streaming services, have shown that streaming is more popular than downloading. The RIAA have reported that revenues from streaming music services surpassed those of digital downloads in 2015.

Apple dominates music consumption, with iTunes being the most popular place to purchase downloads. Furthermore, 37% of listeners prefer either iTunes or Apple music compared to any other music platform.

Pandora has the largest streaming share, with 23% of US music consumers preferring Pandora. Pandora only operates in the United States, New Zealand and Australia, making its strong performance all the more remarkable. Furthermore, Spotify was the second most popular streaming service, with a 13% share, closely followed by Google Play Music (12%). Amazon Prime Music had 9%.

The world’s first ever voice-controlled hybrid car radio has been launched in the UK. Radioplayer Car was developed by Radioplayer, the not-for-profit collaboration between the BBC and commercial radio, over the course of two years.

Radioplayer Car takes shape of a small box which is professionally fitted behind the dashboard. The box links to the aux input on an existing car radio. It wirelessly connects to the drivers smartphone, held by a
mount. A free app enables the driver to safely control the radio. The  ‘smart-radio’ system can switch between DAB, FM or streaming in order to find the strongest signal.

Not only does Radioplayer Car allow the driver to listen to radio, it also enables drivers to Bluetooth their own smartphone music collection. It also allows the user to take hand free calls; listen to incoming text messages; and receive travel updates (customised by driver’s location and direction of travel).

Radioplayer will also automatically upgrade the smart radio, allowing the radio to become smarter and smarter over time.

The radio allows the driver to change station just be saying “Radioplayer” and then naming the desired station.

Although nearly 80% of new cars come with a digital radio pre-installed (RadioToday), the average life span of a car is over ten years. This means that 85% of cars on the road do not have DAB installed. The Radioplayer is an aftermarket solution which avoids the unsightly wiring and many dashboard controls.

Michael Hill, Managing Director of Radioplayer said: “With Radioplayer Car you get the best of both worlds – a powerful multi-platform radio with hundreds of free-to-air channels, that’s safe and simple to operate. It shows what’s possible when the radio industry works together, and we look forward to sharing what we’ve learned with manufacturers, so that all radios can improve.”

Watch Out – Facebook is a Huge Threat to Radio

Radio uses Facebook as a mean to increase engagement, i.e. conversation between stations and between their personalities and listeners. However, Facebook isn’t all sunshine and unicorns for radio, it is stealing your advertisers at a pace that can only be increasing.

Facebook provides targeted advertising tools to businesses and can generate strong growth in the key metrics. Now, Facebook are only making their platform better for advertisers with top new features.

These features will do nothing but attract more and more advertising budgets to be spent on Facebook. According to media analyst Gordon Borrell, money from weaker media, will slide over to the social media platform. Who will be losing out? Most likely print and radio. With Facebook taking on board the impact of radio and acting upon it (Facebook Live Audio!) advertisers will be drift more towards Facebook, who can not only deliver audio messages but also images, videos and texts, not to mention how easy it is to share and engage with campaigns on Facebook.

So what can radio do to compete with Facebook? Radio’s strength is that it is local and usually knows its audience very well. But location, on its own, is no longer a sufficient advantage. Facebook offers targeting by location as well.

Radio should play up to its other strength; its ability to emotionally connect with its audience. Convert that emotional connection to online engagement and complement the on-air reach with online reach (learn more).

Armed with better online reach to listeners, Radio can enable its advertisers to not only advertise on air but also include visuals when advertising to online listeners. Furthermore, brands should be able to advertise on radio station websites as well as target their ads depending on the likes/dislikes, location, gender etc of their audience.

Emotional Radio Advertising – The 4 Emotions That Get People Buying 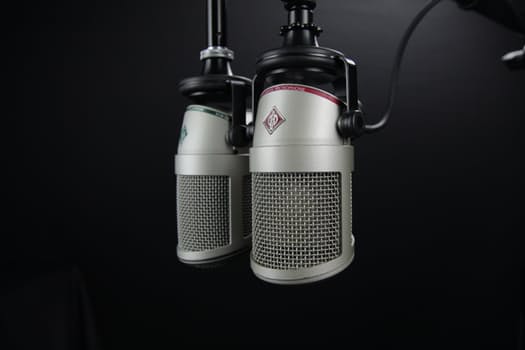 A lot of emotional ads reach a resolution or a Call-To-Action to get the listener to help fix the problem.

The most effective radio ads typically evokes emotion. If you can make your listener happy, sad, angry or afraid, then you are doing something right.

Evoking anger in listeners is a way to wake people up and encourage them to take action. Hearing another person getting treated unjustly sparks anger in most of us. This anger can cause us, as listeners, to reconsider our perspective and try to do something to solve this injustice, or at least help solve it.

Four years ago, ISPCC, the Irish Society of Prevention of Cruelty to Children launched the ‘Children believe what they are told campaign’ to raise awareness of the damaging effects of emotional abuse.

This campaign speaks from the perspective of a young girl who encompasses what many children go through. The words spoken reflect the words that are used towards them and instantly angers the audience; who hate whoever is abusing this little girl.

The advert starts in a very unexpected way to grab the listener’s attention. Children are portrayed as very innocent and the words “I’m a stupid little bitch” coming out from a child instantly shocks the audience.

Brands that want to be associated with happy customers usually take the positivity approach in advertising. A study found that people shares positive posts more than negative ones. Brands might use upbeat music, comedy or stories of people connecting to portray this feeling.

The Hiscox ‘Perseverance’ ad, which won September 2015’s Aerial Award, parodies Major-General’s Song. The lyrics are about the value of not giving up when owning your own business and are accompanied by the piano playing the tune of the Major-General’s Song from Gilbert and Sullivan’s The Pirates Of Penzance.

Fear is a natural instinct which helps us to react appropriately to threats; increasing our chance of survival. It creates urgency and prompts us to take action.

A lot of radio ads that aim to prevent things like drunk driving, global warming and smoking aim to evoke fear.

This approach can be risky as people can find ads like these disturbing and depressing.

A perfect example of a scare-vertisement Fire Kills’ campaign “When you change your clock, test your smoke alarm”. The advert aims to prevent accidental fires in the home.

The shocking element in this ad is the change of direction that the message goes in. When I first heard this ad, I assumed it was a reminder to change my clocks until the voice-over says “All except for 246 people, they won’t be doing it this year because time has stopped for them.”

The advert aims to make the listener think that they could be a part of next year’s 246 people who die in a house fire, prompting them to take action.

Lately, more and more brands are recognising the effectiveness and popularity of moving ads.

To hear a mother talking about a personal experience in losing a child makes it very real. The sadness makes the advert all that memorable so that listeners will remember this message when they consider going behind the wheel when they are over the drink drive limit.