This Week in Review will mostly focus on the trends and patterns in audio consumption. The music industry has finally increased it’s music sales figures. Furthermore, Pandora and Spotify have been compared with users showing which is the most satisfying streaming service. We will also be taking a look into the future of internet ad spend as well as Google Duo’s brand new feature. 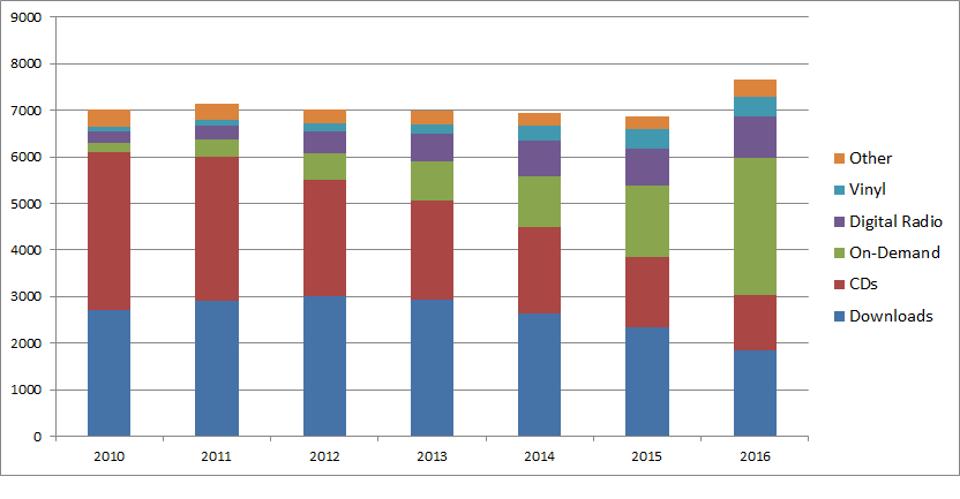 The RIAA has released the 2016 U.S. recorded music sales figures. The figures have shown that total revenues are up 11% from 2015 and now stand at $7.65 billion. The top source of growth has shown to be on-demand streaming. 2016 marks the first year that on-demand streaming services have surpassed digital downloads.

New forecasts from Zenith have shown that global internet ad spend is predicted to grow 13% to reach US$205 billion this year. UK ad spend is set to surpass £17.5 billion. Internet advertising will protract 36.9% of all advertising expenditure; up from 34% in 2016. Zenith have also said that 2017 will mark the first year in which more money will be spent on internet advertising than traditional television advertising. Furthermore, Zenith has forecast that within two years social media ad spend will reach US$55 billion. This will overtake spend on printed newspapers, which will total US$50 billion.

Bridge Ratings have released a satisfaction study focusing on Spotify and Pandora. Their study showed that Spotify currently has 155 million active users, which is 74 million more active users than Pandora’s 81 million. It was also interesting to find that only 50% of users who have used Pandora for 1-2 years were ‘highly satisfied’ with the streaming service. Compare this with Spotify, where 90% of users who have used Spotify for 1-2 years found the platform highly satisfying. 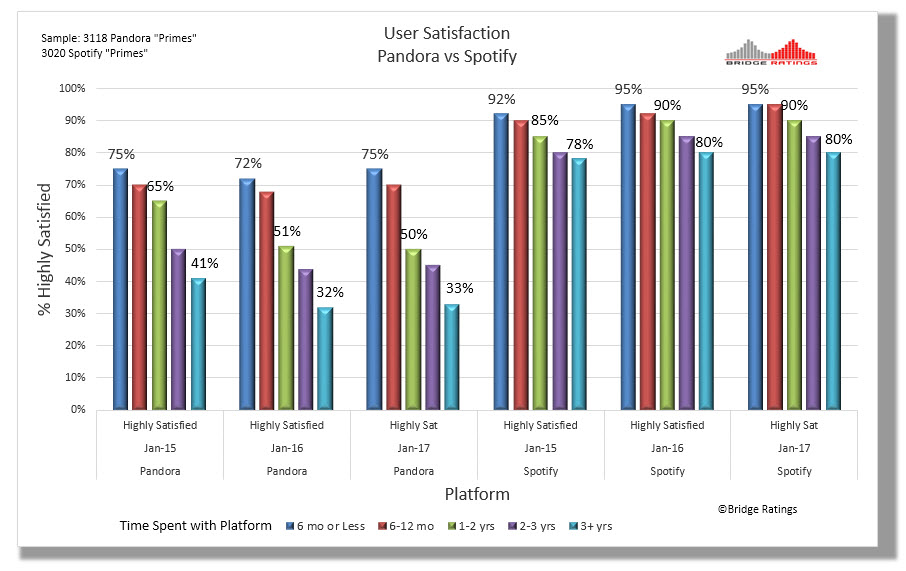 Google recently announced that their standalone video-calling app, Duo, is no longer just for video calls. The video-calling app have introduced a feature of audio-only calls. The feature aims to allow people to stay connected with their family and friends when video calling is not the best option. Duo audio calls will work well on all connection speed and will not use up too much mobile data. The feature is currently only available in Brazil but in the coming days will be available to users around the world.