This week has been all about positivity and celebrations. Stars and radio stations around the world celebrated World Radio Day on Monday, meanwhile Spotify celebrated the power of audio, releasing a three part campaign exploring the role of audio. Furthermore, the government have pledged to modernise radio regulations and Facebook are making several changes to their mobile app.

World Radio Day (February 13th) is a day to celebrate radio as a medium. This year was all about “Radio Is You”, and focused on encouraging radio stations around the world to have the tools to be the best radio station they can be.

In celebration, 15 members of the EBU asked celebrities from their countries what radio meant to them; among these celebrities were Ed Sheeran and Robbie Williams. Ed Sheeran told listeners that “radio is a very important thing for any artist. I’d say it’s the most important”. 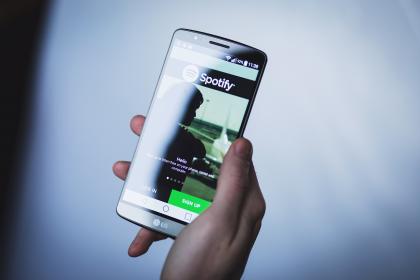 Spotify have launched a global survey called “The Power of Audio” which explores the role of audio in consumer life and its impact on brands and advertising. Fourteen experts were interviews and 46 consumers were tasked with creating audio diaries between September and November 2016. Spotify anchored the campaign with a chaptered content series, which includes content updates and also promotions running through to early March.

Facebook is going to make their audio auto-play in their mobile apps. Currently audio is off by default and the user must manually turn audio on to hear a video’s audio. Facebook believe that this approach is limiting and having auto-playing audio will make videos more engaging. Now, videos will stay silent until they scroll onto the user’s screen. Furthermore, Facebook are introducing vertical videos which take advantage of your phone’s screen space instead of shrinking into a little rectangle.