Take a stroll through Middle-earth – Exaget Week in Review 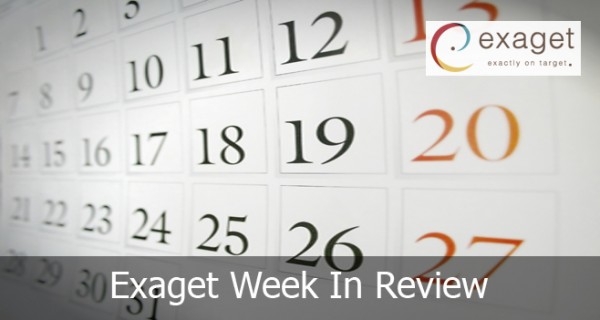 Welcome to our first Week in Review of 2015! We hope you’ve had a relaxing break and the year has started off well. As you may remember, in our last Week in Review we took a sneak peak at what’s set to be trending this year – including the ubiquitous ‘programmatic advertising’!

This week we’re continuing to look at what’s set to be trending, including wearables for consumers and businesses alike to keep an eye out for (no pun intended), as well as two new business developments that may turn our recreational audio and video habits on their heads.

The little blue bird of Twitter is squaring up to take on video behemoth YouTube this year as they prepare to release a new video service on their platform. Such a move could prove pivotal to maintaining their relevance amongst users and their investors happy following a fall of their share price, which they are still struggling to recover.

Why you should look out for smart glasses in 2015

Smartwatches hit the consumer market in 2014 in the form of Android Wear, and are set to boom into greater popularity with the upcoming release of Apple’s Apple Watch range. But the market for wearable tech could be a very lucrative one, with BK Yoon, CEO and President of Samsung, stating that wearables would be as important as smartphones. And with Intel investing up to $25 million in internet-connected eyewear maker Vuzix, smart glasses are set to be the next big trend to look out for. One range will even allow you to take a stroll through the Shire with none other than Gandalf himself.

A thought leader in the connected-car space has this week made a thought-provoking statement that cars in 2015 will have radios. Mind = Blown. With so many of us relying on internet-connected devices (smartphones, laptops, tablets et al.), there is a risk that car radios will be ripped out of dashboards and replaced by – internet modems? Self-driving technology? A directory of streaming companies? No, that would be too silly, best to just stick to a driver’s best friend, the tried-and-tested car radio. Any chance we could bring back the cassette player though? Some of us have still kept our Spice Girls memorabilia… 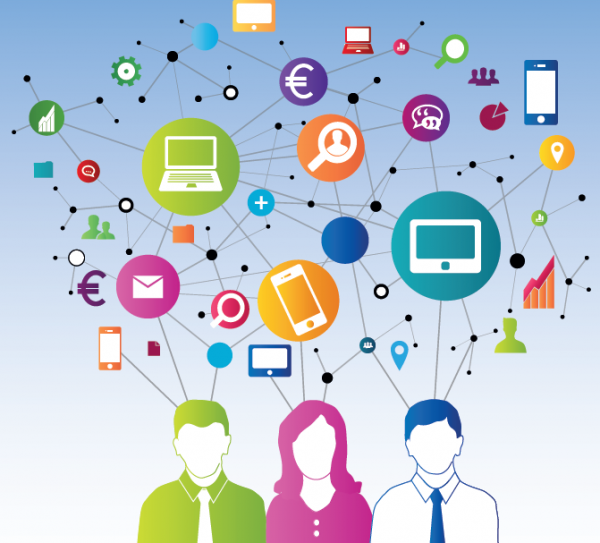 Programmatic. It’s a word that’s been thrown around on the internet a lot recently, with headlines that it’s the next big thing in 2015 – it’s already taken Sweden by storm – and the Association of National Advertisers titling it their 2014 Word of The Year. But nobody really seems to know what it is. So here at Exaget we’re going to de-mystify ‘programmatic’ and its relative ‘RTB’ (a.k.a Real Time Bidding) with our ‘Dummies Guide’.

In one sentence, programmatic advertising is a technology that allows advertisers to automatically target consumers based on certain qualifiers, such as location, age, and gender, referred to as ‘smart impressions’. (We’ve got a little handy glossary at the end of the article).

Programmatic is ad buying that is processed by a machine, cutting out the need of a human middleman – the sales rep – and his juicy commission. With the smart impressions programmed in its mind, the machine is able to find inventory spaces that are suited to the advertiser’s targeted audience. The next step is for the advertiser to then decide whether or not they want to buy this inventory from the publisher. Now, if you’ve come across RTB – Real Time Bidding – then this is where it comes in.

With programmatic being a method to determine if an advertiser wants to purchase their inventory space, RTB is a way of purchasing it, through real-time auctions. The old-fashioned – that is to say, pre-2009 – way of advertising was based primarily on assumptions; assuming where the target audience is likely to be and what they’d be likely to be doing, and sending their ads there en masse, with the hope that the advertiser’s audience will match the publisher’s.

In contrast, real time bidding is about high volume and precision targeting, by seeing what the target audience is doing now and where. This allows advertisers to buy impressions that directly target individuals.

Programmatic is taking off in a big way. In Sweden nearly 90% of publishers will make their inventory available for programmatic buying. Meanwhile, the UK is to retain its status as Europe’s biggest market for programmatic ad spending; a study by the International Data Corporation forecast earlier this year that the UK’s programmatic ad spend would reach up to  $320 million. And American Express, one of the largest online display advertisers in the US, are planning on becoming as programmatic as possible.

There is one little glitch that’s holding programmatic back, and that is quite simply that many either haven’t heard of it, don’t understand what it is, or don’t know how to use it or what exactly it does. But with its growing popularity there are bound to be more articles, webinars and studies to clear away any confusion.

The team at Exaget are excited to keep an eye on programmatic and its impact in the New Year – and ‘dummify’ anything you might not understand for you!

Programmatic :  A big and scary word that’s too easily misunderstood. Ad buying that is processed by a machine, using automated programmed smart impressions. A method that allows advertisers to target consumers, with the machine finding suitable inventory spaces.

RTB :  acronym for Real Time Bidding. An auction-house style of buying and selling consumer-targeted inventory spaces. Looks at what the targeted audience is doing now – in real time.