When I discuss radio listening with someone, they invariably tend to associate that activity with their car journeys. Interestingly though, RAJAR‘s  reports consistently show that in terms of share of listening hours by location only 21% takes place in a vehicle.

However, the vehicle is still very important in terms of reaching Radio listeners as it represents 62% of how listeners are reached. And this does not include music services such as Spotify.

This explains the increasing interest in getting mobile audio/radio services into the cars. In an Automotive News article, the author points out some of the cost savings and revenue opportunities from automotive infotainment applications such as music and radio.

Collecting data in cars is much more commonplace than most people are aware. The car electronics today is continuously collecting and storing data for performance and maintenance purposes. What is less common is the transfer of such data on a regular basis for further processing. Similarly, collecting information from apps that you use is equally common. I can’t recall using an app that does not connect up and send data back in the recent times. Apps that entirely run locally without the need for connectivity for its functioning (games, for example) still send data back.

App integration with vehicles is becoming increasingly commonplace, particularly as modern cars become more advanced with huge technology developments taking place. More and more people will grow to expect social media and other apps that they have on their phone, in cars. A BBC article reports that “’Every new car’ connected to web by 2014”. This means that our existing app culture is becoming assimilated cars which offers new advertising opportunities.

One of the organisations taking advantage of this market is Apple with their CarPlay software. Apple CarPlay allows users to reply to messages, use their iPhones GPS or even listen to music.

By having internet enabled vehicles, companies can understand what how drivers use their software and provide updates to enhance ease of use, features, etc. But one of the best features is interaction. Imagine a drive listening to their favourite radio station, when an advert for a restaurant comes on. The driver likes the sound of it and selects is dashboard to automatically direct him or her there. Meanwhile, the restaurant also gets data on what time and location people are most likely to select their ad. This offers a huge variety of options and opportunities in target advertising and a wealth of consumer data. Internet connectivity in cars allows for two way communication between the driver and advertisers.

DAB vs. AM/FM Radio in the UK 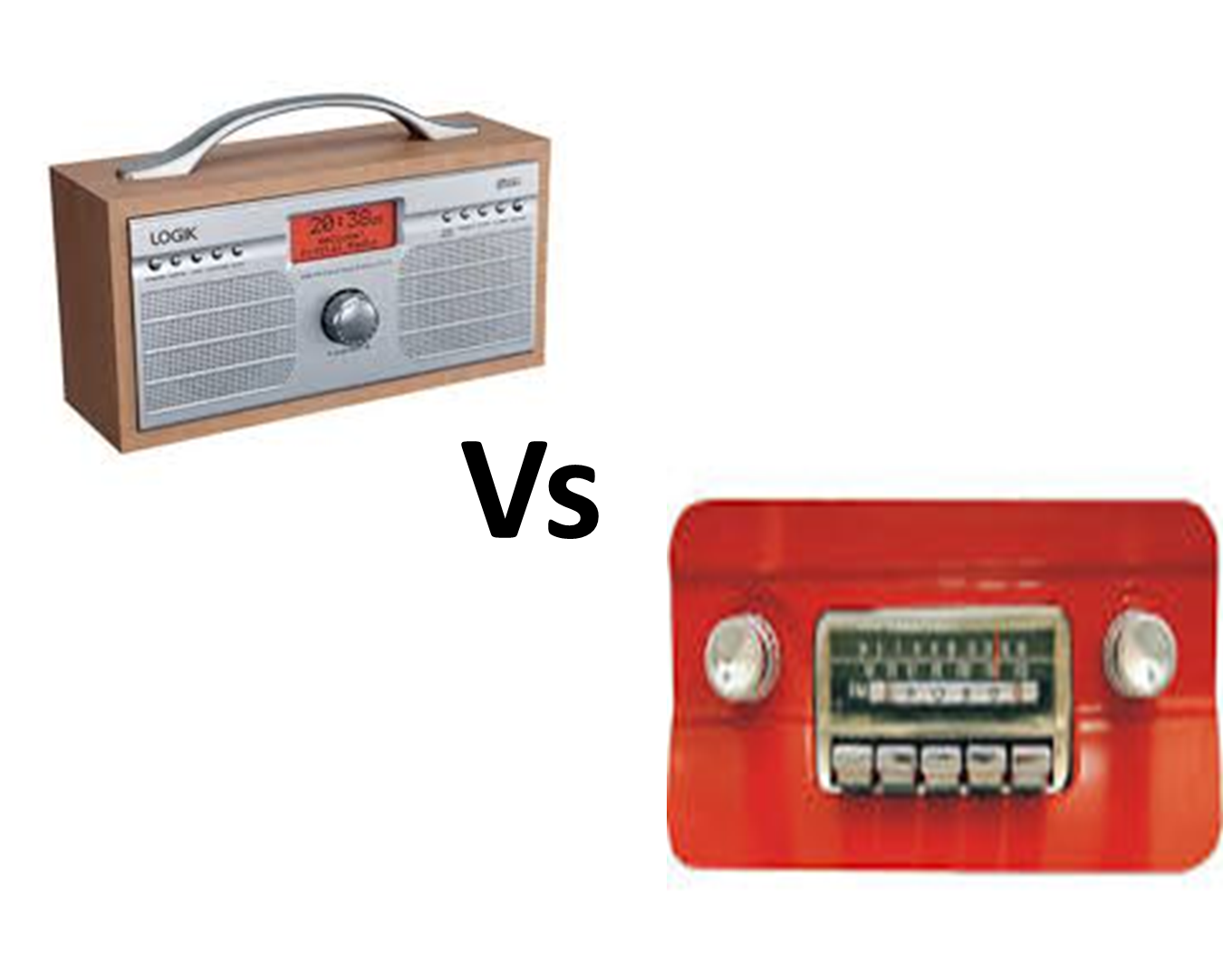 The UK Government have been planning a national DAB switch-over for years. But will it actually happen? And is it even of benefit?

Or perhaps a better phrasing of the last question is: Do people even care? When asking a few broadcast radio insiders about their views on this impending apocalyptic DAB radio world take-over, I was met with a roll of eyes and statements that opened with ‘Well…’. Sceptics abound. But it’s not just within the radio industry. Figures from RAJAR UK research have shown that traditional analogue radio listening is going steady, maybe declining slightly. DAB radio is making more of a rise than analogue radio but not as much as the Government have been crossing their fingers and toes and praying for. Mobile and online radio, however, have been waving to DAB and analogue as they’ve shot past them in the biggest percentage increase of listener growth.

Overall, analogue radio listening figures are still the highest across all the various radio mediums, at 56.2%. DAB radio is lagging behind at 25.2%. So, despite the Government’s push and Ed Vaizey’s best attempts at blowing the DAB switch-over trumpet, the average radio listener is either unbothered by DAB radio or prefers sticking to the creature comfort of the long-standing FM. Radio is, after all, a platform of familiarity and habit. So if listeners have been getting on harmoniously with FM radio for all these years, then where is the need and the rush to change it?

A glaring limitation in FM radio is signal. As soon as you step out of the city or region boundary zone the signal starts crackling and breaking up. A national DAB station in theory does not have this issue. Hence for cars it’s pretty useful, admittedly. Ed Vaizey has recently confirmed figures showing that 61% of new cars came with digital radio, which is more than 1.37 million new cars sold in 2014.

Moreover, because it is easier to get a national DAB signal than an FM one (currently Classic FM is the only commercial FM station granted national coverage by Ofcom), those who own a DAB radio at home can listen to a station that is broadcast from another part of the UK; thereby enabling radio broadcasters to reach out to wider audiences across the nation, whilst listeners are able to access a greater variety of programmes as well as discover new presenters. Riding on this fact, 182 new digital transmitters have been planned to be built by 2016, doubling the current network and increasing DAB coverage from 72% to 91% – (coincidentally?) the latter figure being the current FM radio coverage.

The DAB radio switch-over is not just launching (or attempting to) in the UK. It has also encroached onto Western Europe. Here, some countries, such as Switzerland, Denmark, and Norway, are eagerly jumping on the bandwagon; while others are a bit slower on the up-take:

The Netherlands, for example, are overlooking DAB+ in favour of another radio platform – internet radio. Despite the government’s multi-million Euro push to kick off a DAB+ switch-over and shut down FM by 2017, internet radios are much more popular. Online Dutch retailer Coolblue has seen a marked rise in popularity of internet radios, with consumers listening at home and in their cars.

6 million people in the UK currently listen to live internet radio. Now, stacked up against analogue and DAB figures that may not seem like much, but then one must take into consideration the ages of the three platforms. DAB’s inception dates back to the 1980s; analogue’s, over a hundred years; and internet radio just 13 years!

Despite its youthful age, internet radio is already making waves in the radio industry with recent news that long-standing BBC Radio 1 DJ Zane Lowe is to join Apple later this year. What we have here is not a mere employment. Internet radio is taking the key ingredient of broadcast radio’s success, the pièce de résistance, the trusted, real-life, human presenter and music curator. Without him or her, radio can be soulless and impersonal. The appeal that’s already behind internet radio is that one can take it with them wherever they go, provided they have a WiFi connection of course. This gives this particular radio platform a higher level of accessibility than others such as DAB or FM. Now add broadcast radio’s secret to success to what internet radio is already offering and one can be sure to see its popularity rise even more.

So, do we really need that DAB switch-over? It looks like the answer is ‘No’. Of course, the Government and the BBC will want to go through with it, partly for the ability to say ‘We told you so’, but in reality radio listeners are just not bothered. The younger generations will veer towards internet and mobile radio, whilst the older will stick with their good ol’ analogue sets. 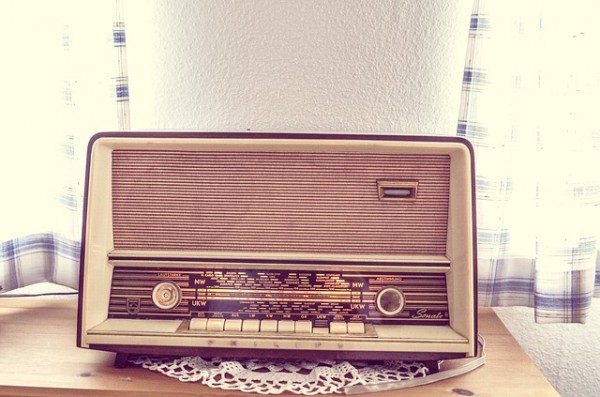 Radio may be one of the oldest social mediums, turning 120 years old this year, but it is still capable of holding its own against the online onslaught. Sales of radio boxes have declined steadily in recent years, yet in today’s multichannel, digital world, radio is still flourishing. Although the overall concept of radio has remained the same, the biggest change has been the way listeners are consuming radio, with audiences tuning in to their favourite stations through their TVs, computers, tablets and smartphones.

Shankar Meembat, CEO, Exaget discusses the biggest trends in radio advertising, and looks at the latest technology that allows advertisers to tap into the growing trend of mobile radio consumption and deliver customised and targeted content and audio advertisements to listeners based on their profiles.

Read the full article on Digital Marketing Magazine via this link.