Advertising Shake Up for 2015 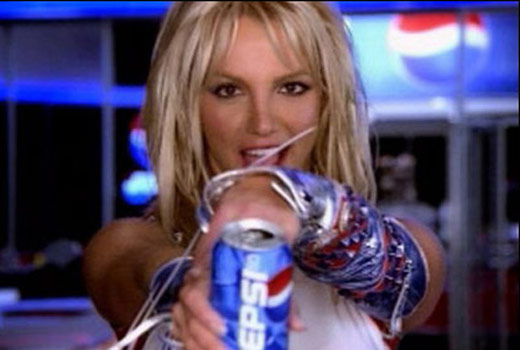 The Super Bowl is one of – if not the – biggest sporting events watched in America, synonymous with showy half-time celebrity performances and adverts. But not just any adverts – brands pull out all the stops with their big-budgeted celebrity-endorsed ads. This year even features the likes of the Victoria’s Secret Angels and queen of the derrière, Kim Kardashian. And being ostentatiously American, any adverts shown and any songs performed will trickle down through social media and reach – and impact – the rest of the Western world.

The Super Bowl Sound Awards for Excellence in Audio Creativity

Perhaps no other sporting event is so lucrative for televised celebrity performances and brand adverts. But for this year’s Super Bowl, TV adverts are not getting all of the attention. The Super Bowl Sound Awards for Excellence in Audio Creativity – yes, it’s a mouthful – is a chance for advertisers to strategically use audio in order to increase their consumer outreach. And the judges? Radio listeners, of course.  Westwood One, the flagship network for radio’s Super Bowl XLIX coverage, stated, ‘Our Super Bowl broadcast is the perfect environment for advertisers to leverage their commercial creative, thanks to our incredible reach and sheer volume of audience across platforms.’


The latest figures by Borrell Associates indicate where the biggest growth for advertising lies for 2015. Video ads are
still top players, with an estimated growth rate of 39% to $7.7 billion. Targeted display ad spending will nearly
double to a monumental $28.2 billion, a humongous growth rate of 92.4% from 2014. Audio ad growth for radio is a much smaller estimation figure of 8.3% to $300 million. Overall, Borrell state that audio ads will capture just 1% of all digital money spent by advertisers. But these figures for audio ads may be bolstered by two factors. The first is the influence of the Super Bowl. If their new radio ads scheme works, more brands may feel more confident in investing their time and money in audio ads. The second, is that of the ‘mobile effect’. Within five years, Borrell estimates, nearly 70% of online advertising will be done via a mobile device. Listener-targeted audio adverts in mobile radio apps, despite being quite a mouthful, could be the key to a more increased audio ad growth rate.

Native advertising is set to get a boost too

BIA/Kelsey has forecast that native ad spend in the US will reach $18 billion by 2019. Facebook’s shift to in-feed advertising and their transition to mobile puts them at the heart of native advertising. In fact, a vast majority of Facebook’s $7.9 billion in advertising revenues for the first 9 months of 2014 came from none other than native formats; in-feed on desktop and in-stream on mobile. And this year, Facebook are pushing ahead for native video advertising. Just how they will gain revenue from these ads has not yet been announced, but it is possible that whilst the videos will appear on a user’s newsfeed, they won’t play automatically – suggesting cost-per-click. But one thing is for certain; native advertising will bring in big revenue for Facebook, and in return for native video advertising overall. That leaves native audio advertising as an area that has been vastly untapped.

The traditional platform of advertising, via the much-beloved television set, is and probably always will be a highly effective way for brands to reach out to existing and new consumers. But with digital platforms being an ever-increasingly important aspect of our lives, it is time for advertisers to embrace these new shake-ups if they really want to realise their potential and expand their outreach – and essentially make more money! After all, with over 90% of adults listening to radio, it is surprising that technology changes have not been embraced as much as they should be.

Guy Phillipson, CEO of the Internet Advertising Bureau UK, offers his take on the shape of things to come for digital advertising in 2014.

Recently released Borrell Associates study, The Future of Legacy Media. The 40-page report analyses migration from analog to digital, and the projected impact of that shift for print, broadcast, and Internet media platforms.

While newspapers, magazines and billboards continue to be an advertiser’s favourite. The internet radio streaming media is by far considered the most effective form of advertising.

2014: The end of the beginning for digital advertising – by IAB CEO Guy Phillipson

mobile is likely to be reported as a billion pound medium in its own right for 2013, growing at a staggering 130 per cent. The consumer goods sector has led the way in mobile investment, accounting for 28 per cent of mobile display advertising. Retailers win the prize for the highest percentage of optimised sites (75 per cent). While there remains a lot to do in terms of mobile ad ops and measurement, mobile could very well double again in 2014, given that other sectors are also eager to reach the “always on” mobile majority.

Borrell frames the transition in two five-year periods: 2008 to 2013, and forward to 2018. In Borrell’s framework, 2008 was the year of initial disruption to legacy media, although that differs among the mediums within “media.”

Internet Radio is the fastest growing way in which we listen & perceive media! The growth is like a dual rocket both in listeners per capita and in gross on-line radio advertising revenue.