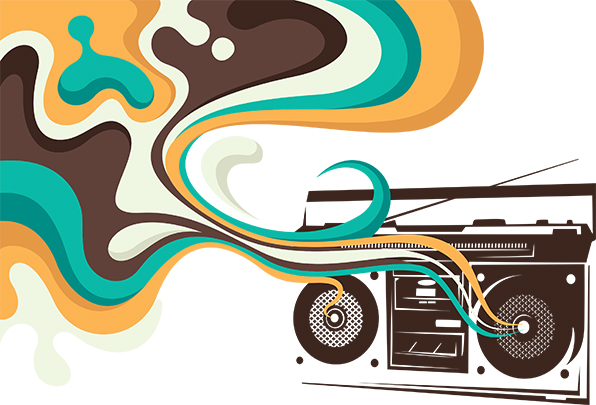 The impact of digitally delivered media continues its rise, providing both opportunity and challenges to traditional radio broadcasters. This was confirmed by Jacobs Media’s Latest techsurvey 10.

In this survey, media habits of 11 different format core audiences listening to 199 radio stations in the U.S. & Canada, along with five generations from Boomers to Millennials, in all 37,063 were interviewed in January 2014, different patterns of consumption emerge.

Here are some of the key findings from Techsurvey10:

Core radio listeners going digital: Survey shows that three-fourths (75%) own a smartphone, while more than half (51%) carry a tablet. And now more than half (55%) stream audio at least weekly, an increase of 22% from 2013. Radio apps are popular among smartphone & tablet owners, led by Pandora (63%) & iHeart Radio (39%).

Average Listening and Platform: 95% tune in daily. Compared to a year ago, 90% say they’re listening to the same amount of radio – or more, though the number of people listening to Radio for 1 hour or less is increasing. Many respondents are now actively accessing station content on digital channels. When asked to recall their prior week’s listening to the station that sent them the survey, 17% of all broadcast radio consumption is occurring on digital channels – via computer and mobile streams, as well as on other sources. That goes up to 29% for Sports Radio. The younger the generation, the more reliance there is on digital platforms to enjoy broadcast radio.

Annoying Commercials: Gen Y and Z consumers are the top generations for mobile music streaming applications like Pandora, iHeart, iTunes, TuneIn etc. they are also the most critical of their commercials stating them to be annoying.

Social Media and Share: Of those with a social media profile, 95% are on Facebook. And of those, nearly three-fourths (73%) visit at least daily, making Facebook’s “regularity” nearly five times greater than the nearest social networks. But Generation Z indicates their Facebook engagement is waning and being replaced by more time spent on Twitter, Instagram, and Snapchat.
In this year’s study, the percentage of those who frequently share online content via social, web, and email sources has doubled. Now more than one-third (34%) say they frequently share compelling content, a huge opportunity for great stations and personalities. Women and Millennials are most apt to profile as “serial sharers.”

Personal touch: Three in ten (30%) respondents indicate they listen more to stations that interact with them, especially women and members of both Generations Y and Z

Data collection: Radio has an opportunity to collect much-needed user data and improve, as more than seven of ten (72%) “streamies” say they’d be willing to provide basic information digitally in exchange for accessing station streams.

Best source for new music: A majority (51%) of those interested in new music designate radio as their go-to source. While Gen Z respondents are also choosing YouTube and Pandora to find out about new music and new artists, broadcast radio also leads in the areas of artist access and listener trust when it comes to music consumption.

• Due to the digitisation of listening habit, radio is now not only competing with other radio but also with digital music streaming competitors.
• Broadcasters should take Social media seriously as it can be the best source to acquire digital listeners.
• Measuring the digital listeners, gathering data about their listening behaviour, platforms etc. and accordingly modifying digital strategies is a must.
• When it comes listener to loyalty and emotional connection, traditional radio has the advantage of giving that personal touch (human element) which should be utilised for maintaining relationships with their listeners.
• Digitisation of streaming gives an advantage of gathering information about the listeners such as age, gender, location etc. and this information can be used to provide the listener with relevant geo-targeted audio advertisements thus removing the annoying factor and providing best ROI for the advertisers.