Evolution of the car radio 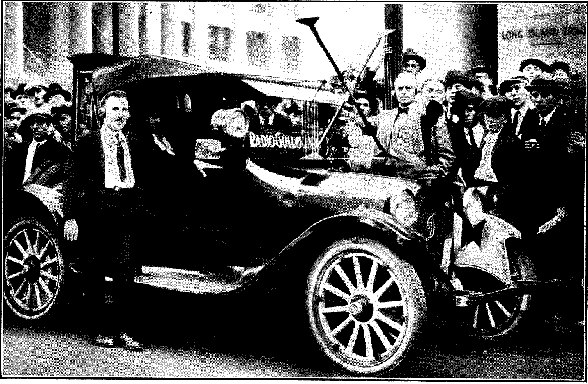 Where it all began:

The first car radio was introduced in 1922 by Chevrolet. It cost a whopping $200 and with an antenna that covered the entire car roof, needed batteries that barely fit under the front seat and had two mammoth speakers attached behind the seat. It was about as convenient as taking a live orchestra along for a ride.

In 1930, the Galvin Corporation introduced one of the first commercial car radios, the Motorola model 5T71, which sold for between $110 and $130 (2009: $1,700) and could be installed in most popular automobiles. This product was such a huge success that the founders Paul Galvin and Joe Galvin changed their company’s name to ‘Motorola’, which was a blend of ‘Motor’ and suffix -ola used with audio equipment of the time. Here is the first Motorola brand car radio: Music in motion

In 1930, laws were proposed in Massachusetts and St. Louis to ban radios while driving. Even the Auto Club of New York agreed. In their 1934 poll, 56 percent deemed the car radio a “dangerous distraction.” According to automotive historian Michael Lamm, “Opponents of car radios argued that they distracted drivers and caused accidents, that tuning them took a driver’s attention away from the road, and that music could lull a driver to sleep.” Arguing the other side was the Radio Manufacturers Association, who pointed out that car radios could be used to warn drivers of inclement weather and bad road conditions, as well as keeping them awake when they got drowsy.


Blaupunkt became the first maker to offer FM receivers in 1952. This enabled Ford to introduce the “seek” function which allowed tuning from one station to another at the push of a button. By 1963, 50 million cars,over 60 percent, were outfitted with radios. By then, over one third of American radio listening occurred in the car. In the same year the first all transistor car radio was also launched by Becker Monte Carlo which was smaller in size and used lesser energy compared to the traditional vacuum tube radio.

Over the years there was tremendous improvement in the technical aspects of in-car radio to reduce its size, make it more energy efficient and improve the audio via better antenna, amplifiers and woofer.

Where we are now: 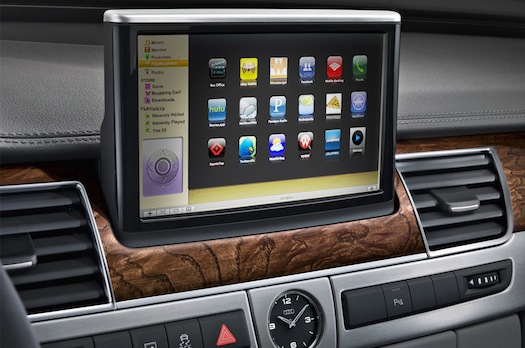 The Future of in car audio system looks bright and attractive, with Toyota becoming the first auto-maker to offer a touch-screen audio system across an entire vehicle line as standard equipment. Buyers of the 2014 Scion will get a 6.1-inch touch-screen that includes HD Radio. Drivers willing to fork out an extra $1,198 will get the Scion BeSpoke Premium Audio system. Most notably it includes navigation, integrated social media apps, geo-located POIs and Harman Aha Radio dashboard platform with access to 30,000 free audio stations, including content from such providers as CBS Radio News, NPR, Educational Media Foundation, Slacker and AccuRadio. The 2014 Tundra, Corolla, Sequoia, 4Runner, and Tacoma are the first Toyota vehicles to launch integrated audio and real-time traffic and weather services using Clear Channel’s Total Traffic HD Network (TTN) and HD Radio Technology. The 2014 Toyota Corolla, Tundra and Sequoia are now available with the 4Runner, with Tacoma arriving in dealerships later this month.

Automakers are rushing to add Internet radio apps such as Pandora, iHeartRadio, Spotify and Aha to their infotainment systems. Although Internet radio trails its more established rivals, it has gained a foothold among motorists, according to a February survey by Arbitron Inc. and Edison Research.

CISCO on the other hand sees opportunity in infotainment data. Motorists want latest music, navigation and other infotainment features. But in addition, data collected from infotainment services might generate significant revenue, said Andreas Mai, a director of product management at Cisco Systems Inc. Data harvested from an infotainment system reveals a motorist’s usage patterns, such as which radio stations he listens to, how he uses his on-board navigator, how he drives his car and where he parks it. Mai estimated that data from one car’s infotainment system could generate a total of $1,400 a year in revenue and savings for the motorist, app developers, auto-makers and dealerships.